Relocation of the Statue of Mary and Bell Tower 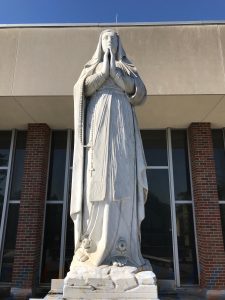 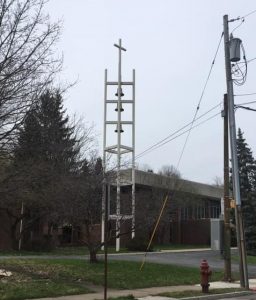 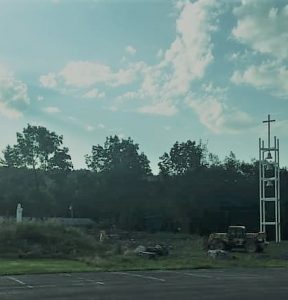 On July 27, 2019, the statue of Mary, which was on the entryway roof at OLL, was relocated to become the central focal point of the Grotto. The bell tower at OLL, which was donated by H.A McMahon (Doc) and Robert (Bob) Morrissey the 2 original trustees of the parish and was added to the grounds when the church was built in 1969, was also relocated to be part of the Grotto.

Recitation of the Rosary: Thurs. 9:30AM

Recitation of the Rosary: Daily at 8:20AM

Relocation of the Statue of Mary and Bell Tower